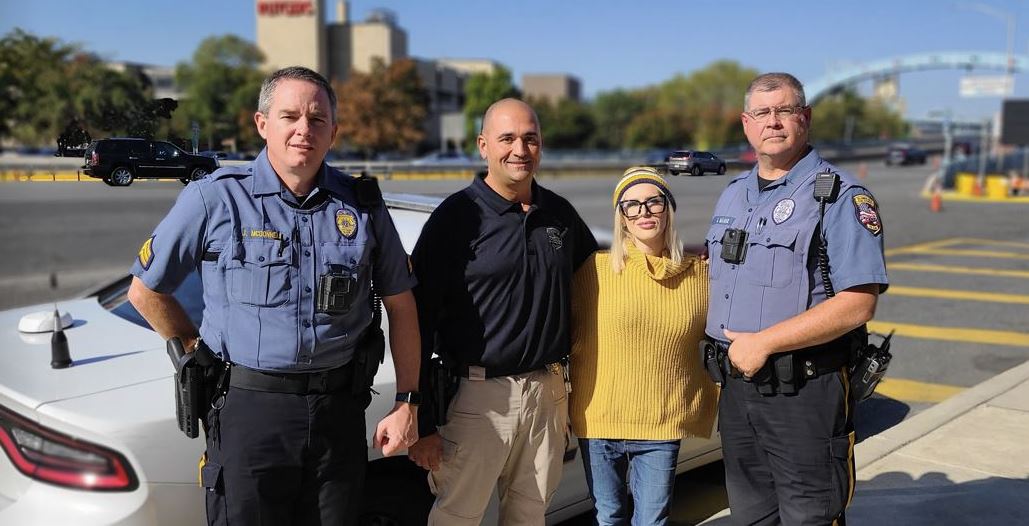 Two months after a near fatal car crash, survivor Jeannie Seguin had the opportunity to meet and personally thank the Delaware River Port Authority police officers who helped to save her life.

On August 15, Seguin had just crossed the Walt Whitman Bridge and was traveling westbound on Interstate 76 when her Jeep came in contact with another vehicle and flipped over. Seguin was ejected from the vehicle and sustained life-threatening injuries.

In the days after the crash, the officers followed the medical condition reports closely.

According to Seguin, doctors didn’t expect her to be walking and she overcame incredible odds to make a miraculous recovery.

On Tuesday, October 11, Seguin met with the three officers to thank them.

“I wanted to express my gratitude and appreciation,” said Seguin. “I’m trying to get back to normal. It is hard to realize the severity of the crash, and this helps me close a chapter and move on.” 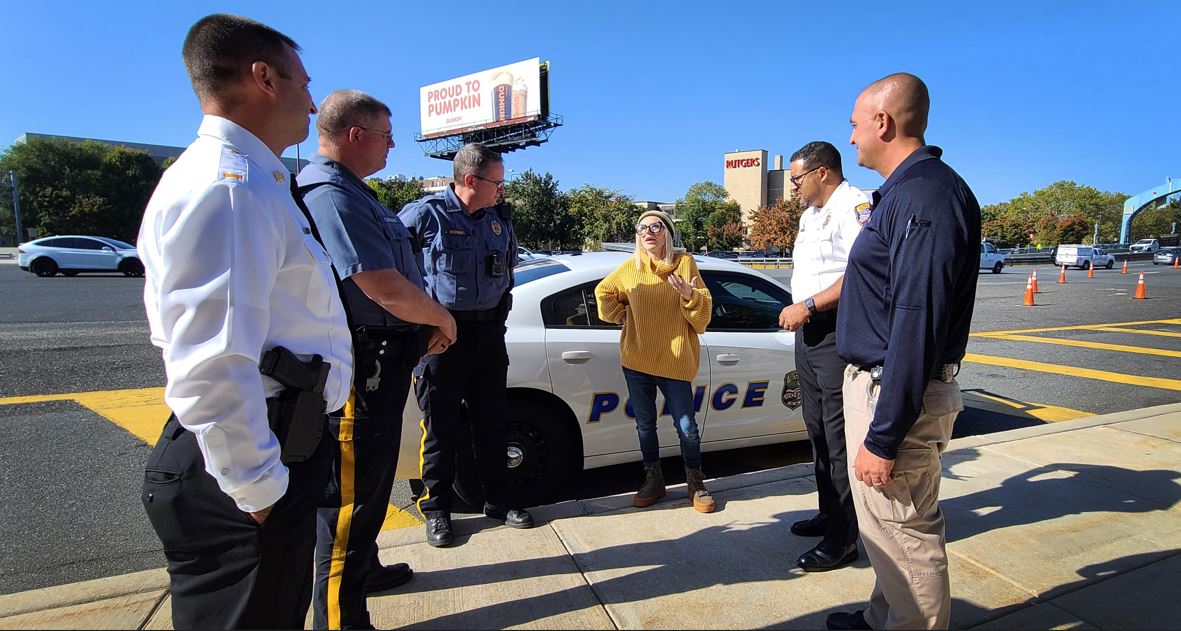 The meeting was a first for the officers. In their decades long careers, it was the first time an individual has come back in person to thank them.

"We are happy to see her doing a lot better,” said Officer Giorla. “She was very lucky, given her condition at the crash scene, I didn’t know if she would survive.”

The selfless actions of the officers were met with high praise within the department.

“We can recognize our officers and we can verbally tell them that they did a good job, but for them to actually see that Ms. Seguin is doing well is something that is very special not only to them, but to all of us in the department,” said DRPA Police Chief Edward Cobbs. “We really appreciate this.”