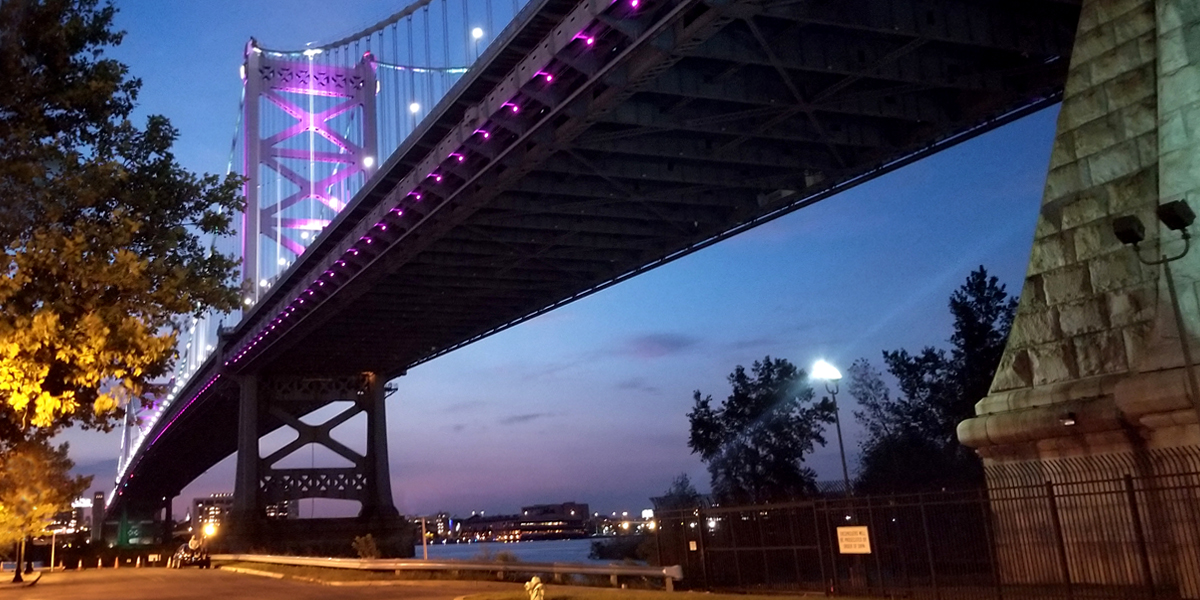 The Ben Franklin Bridge will feature several special lightings in an effort to shine a light on the prevention against opioid misuse and abuse, the Delaware River Port Authority (DRPA) announced today.

The Ben Franklin Bridge will be aglow in purple on the following days: With support from the Board of Commissioners, the DRPA launched a comprehensive and multifaceted initiative titled “No Stigma. No Shame. Know the facts!” in 2019. In response to the opioid epidemic that has gripped our nation, the goal of the initiative is to educate the Authority’s more than 875 employees about opioid dependency, opioid addiction and the health impacts associated with vaping.

The DRPA is pleased to have the opportunity to generate awareness of this public health crisis and support these national causes affecting our community.