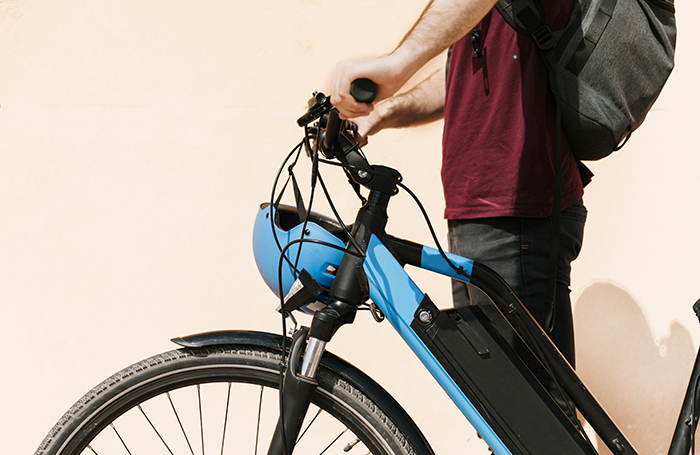 Today, the Delaware River Port Authority (DRPA) announced it would launch a trial period to allow electric bikes and scooters the same access as traditional bikes on the Ben Franklin Bridge Pedestrian South Walkway. The pilot program will run from Monday, July 12, to Wednesday, August 25.

According to The Bicycle Coalition of Greater Philadelphia, our region has experienced a considerable increase in the use of e-bikes. Indego, Philadelphia’s bike share system, reports that their pedal-assist e-bikes are rented at three times the rate of their standard bikes. E-bike sales rose 145% in the United States between 2019 and 2020.

The 45-day trial period will allow the DRPA to monitor the activity of the e-bikes and e-scooters and note any adverse effects to the bridge’s walkway and other walkway users.

“The Bicycle Coalition would like to thank the DRPA for initiating this pilot program,” said John Boyle, Research Director for the Bicycle Coalition. “We believe the program will confirm that the overwhelming majority of e-bike users are respectful of other walkway users and enable more people to access the bridge walkway, which is the center point of Circuit Trails Regional Network. I plan to commute daily on my e-bike once the pilot begins.”

The same rules of the walkway will apply to both e-bikes and traditional bicycles with speed limits set at 15 mph. Cyclists must yield to pedestrians and use audible warnings. During the trial period, Class 1, pedal-assist only bikes, and Class 2, throttle-assisted bikes, will be permitted. Class 3 e-bikes, gas-powered motorized vehicles, skateboards, and hoverboards remain prohibited.

“This is an example of DRPA and PATCO interacting with the community and the stakeholders to hear their ideas and suggestions and to try to put them into practice wherever possible,” said John T. Hanson, DRPA CEO. “We are looking forward to a successful pilot.”

The Ben Franklin Bridge’s pedestrian walkway is open daily from 6 a.m. to 9 p.m. during the summer.