Life-long Philadelphian to lead the bi-state agency’s 16-member board. 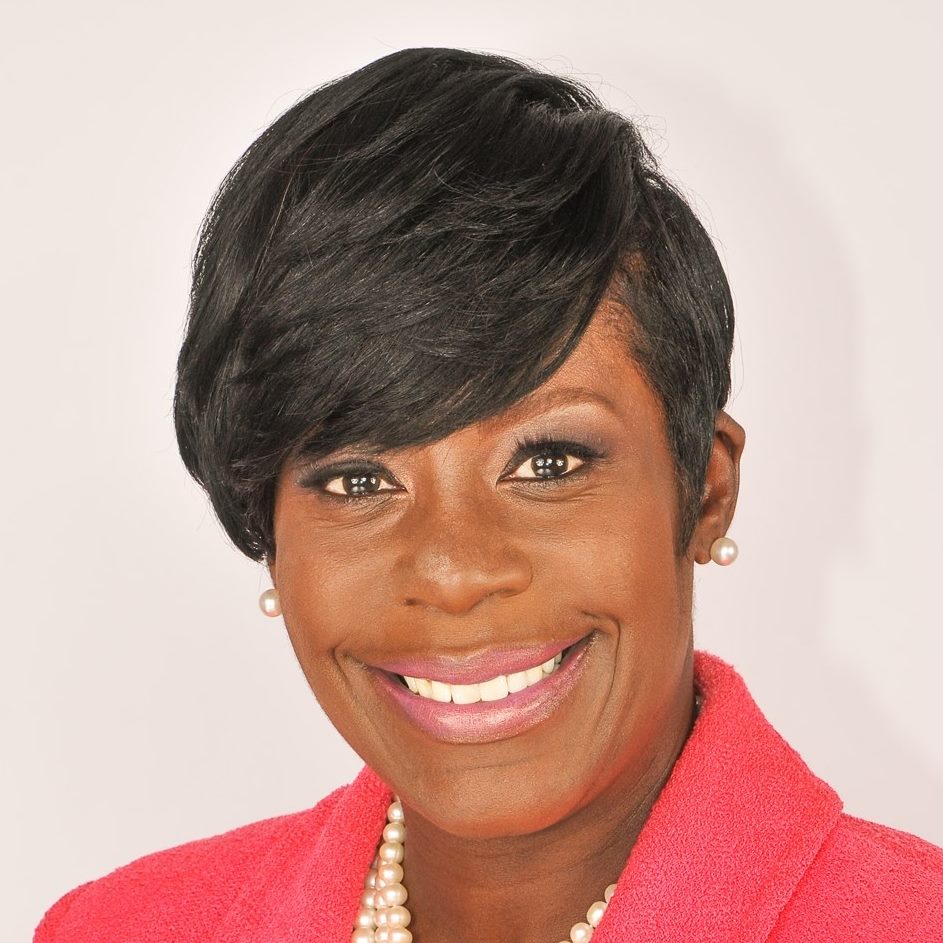 “The Delaware River Port Authority is not only a critical part of our regional infrastructure but the continuation of our shared past and the backbone of our regional future,” said Parker. “For centuries, the Delaware River has served as the hub of commerce and growth in the region– from the days of the Indigenous Lenape tribe to the skyline of today. Collectively, the Authority’s four bridges and PATCO high-speed line serve millions of commuters and local businesses. The task ahead of us is to revitalize and strengthen the region as we keep a steady, unrelenting focus on the communities we serve. I am honored to work collaboratively with this dedicated Board of Commissioners, DRPA’s exceptional senior leadership team, and the hundreds of men and women who commit themselves to the important work of the Authority.”

Parker, upon taking over from outgoing Chairman Ryan Boyer, became the first woman elected to lead the agency’s 16-member board. In her new role, she will oversee an agency with a $305.1M annual operating budget, an $846M five-year capital budget, and an 874-member workforce.

“Five years ago, Pennsylvania Governor Tom Wolf asked me to serve as the Chair of the Board for the DRPA,” said outgoing Chairman Ryan N. Boyer. “Working with the DRPA’s Board, the management team under the gifted leadership of CEO John Hanson, and the entire DRPA team has been one of the most rewarding experiences of my career. I leave this position knowing that it is being entrusted to a dedicated, talented, and brilliant leader like Cherelle Parker. The DRPA is in great hands.”

Chairwoman Parker earned a Master of Public Administration from the University of Pennsylvania and a Bachelor of Science in English Education from Lincoln University. Her hallmark leadership approach is a strengths-based, positive approach to organization change and leadership. She works to build consensus to create greater efficiency and create equitable opportunities. One of her key legislative efforts during her tenure as a state legislator was the championing of Act 89 of 2013, the Commonwealth’s historic Transportation Bill to invest $2.3 billion in the state’s aging roads, bridges and transportation infrastructure.

Parker has dedicated her life to serving the City of Philadelphia, serving as a high school English teacher, senior policy advisor for the City Council of Philadelphia, Pennsylvania State Representative, and as 9th District Councilwoman and Majority Leader for the City of Philadelphia. She has studied leadership and management extensively, earning numerous fellowships and certificates. Parker has distinguished herself as an advocate for working families, creating initiatives and legislation to support job creation, sustainability and economic development. As a leader whose lifelong career mission has been to bridge the divide between the have and have nots, taking the helm of our region’s bridge authority is timely, appropriate and fitting.

“One of the most important elements of our success at the DRPA has been our ability to work collectively and collaboratively in the interests of both Pennsylvania and New Jersey,” said DRPA Vice-Chairman Jeffrey L. Nash.  “I have had the opportunity to meet with Chairwoman Parker and have been extremely impressed by her insight and knowledge of the work of the DRPA. At a time when our nation and our region are faced with a host of significant challenges, I look forward to partnering with her as we successfully navigate the Authority through these difficult times.”

The Delaware River Port Authority of Pennsylvania and New Jersey is a regional transportation agency that serves as steward of the Ben Franklin, Walt Whitman, Commodore Barry and Betsy Ross Bridges, and the PATCO transit line on behalf of the community. It is administered by a 16-member board of commissioners — eight each from Pennsylvania and New Jersey — who serve without compensation. Pennsylvania’s elected auditor general and treasurer are ex-officio members; others are appointed by their respective governors.

SEPTA Board Chairman Pasquale T. Deon Sr.:
Gov. Wolf has made an outstanding choice in naming Councilwoman Parker to serve as Chair of the Delaware River Port Authority,” said SEPTA Board Chairman Pasquale T. Deon Sr. “Throughout her career, Councilwoman Parker has been a consensus builder, working with diverse stakeholders to pursue the region’s transportation and infrastructure priorities. As a State Representative, she led the passage of Pennsylvania Act 89, and I look forward to working with her in her new role to help grow the region’s economy and build stronger communities.”

SEPTA General Manager Leslie S. Richards:
“I am thrilled that Councilwoman Parker will chair the Delaware River Port Authority at this critical time,” said SEPTA General Manager Leslie S. Richards. “She has long been a strong advocate for public transportation. Cherelle brings a wealth of experience and new perspectives, and I look forward to partnering with her in her new role, as we work to meet our regional challenges.”

Estelle Richman, former DPW Secretary and HUD senior official
“Councilwoman Parker is a true community person - which means she listens to feedback, weighs alternatives, and makes decisions based on facts and the well-being of people,” said Estelle Richman, a former Secretary of the PA Department of Public Welfare who also served as chief operating officer of the U.S. Department of Housing and Urban Development under President Obama. “She is a leader who knows how to garner support for innovative ideas and to work with those ideas to assure that policy changes to benefit fit individuals.  Most importantly, Councilwoman Parker is a communicator who believes in transparency and in sharing information.”

Harold Epps, former Philadelphia Commerce Director
“Everyone who’s been around Majority Leader Parker knows that she has a unique ability to see potential, seize opportunities, and deliver results for Philadelphia,” said Harold Epps, former City Commerce Director and a leading business executive. “I have no doubt she’ll tap into the immense economic potential of the DRPA while lifting up and connecting the communities that need it most, at a time when we need it most. It’s not often that we see someone who is so uniquely qualified to lead from day one; Majority Leader Parker’s appointment is a huge win for the City, we're all looking forward to her work.”

Donna Cooper, Executive Director, Pennsylvanians for Children & Youth
“Cherelle Parker is the refreshing choice for next chair of the Delaware River Port Authority, an agency managing hundreds of millions of dollars of infrastructure projects for the Philadelphia region,” said Donna Cooper, Executive Director of Public Citizens for Children and Youth, Greater Philadelphia's leading child advocacy organization. “As City Council Majority Leader, and before that as leader of the Philadelphia delegation in the Pennsylvania House of Representatives, I watched Cherelle Parker work across the aisle and get things done. Cherelle will show the board and residents of the region the wisdom of working harder to end all racial or gender barriers to talented individuals being at the helm of our public agencies.”

Darrell L. Clarke, President, Philadelphia City Council
“I’ve watched Cherelle Parker grow, from State Representative to leader of the Philadelphia delegation in Harrisburg, from City Council to Majority Leader,” said Darrell L. Clarke, President of City Council. “Everywhere she's been, her trademarks -- tenacity, attention to detail, focus, working to find common ground -- shine through. Government is about serving people and getting things done. Cherelle Parker delivers on both fronts, and will now at the Delaware River Port Authority too.”

Marian Tasco, former Councilmember, 9th Councilmanic District
“I’ve watched Cherelle Parker grow literally from high school to City Council aide to state Representative to now serving as Council Majority Leader,” said Marian Tasco, the former Councilmember of the 9th Council District that Parker now represents. “She works extremely hard, she listens to her constituents, she takes issues seriously and works 24/7 to accomplish things for people. She'll do the same things for the DRPA and the region.”

John J. Taylor, former State Representative and House Transportation Chairman
“During my years serving in the state legislature with Cherelle, I watched her evolve into a tireless leader; an energetic, thoughtful, practical problem solver. She has taken her leadership skills to Philadelphia City Council and now to the DRPA.  I look forward to watching her progress in these roles.”

Joseph P. McLaughlin, Jr., Temple University Professor of Public Policy, former senior adviser to a Pennsylvania governor and Philadelphia mayor
“As an experienced leader in the state capitol and City Hall, Cherelle Parker is well-prepared for this important role,” Joseph P. McLaughlin Jr. said. “She is a big thinker who has tackled complex and challenging issues like public pensions and school funding and done so with impressive courage, energy and commitment. As the chair of Philadelphia’s delegation in Harrisburg, she worked across political and geographic boundaries to win support for goals important to our city.  In her new role, I am sure she will do the same for our nine-county region.”

Chris Woods, SEIU 1199C
“District 1199C is thrilled that Councilmember Parker has been appointed to serve as Chair of the Delaware River Port Authority. Councilwoman Parker has been a steadfast ally to District 1199C members and has always advocated for policies that improve the lives of Black and Brown communities throughout the Commonwealth. We are thrilled that she will be taking this legislative approach to the DRPA and look forward to working with her. Congratulations on making history, Councilwoman Parker.”

Sam Staten, Jr., Laborers District Council 332
“Majority Leader Parker's appointment as Chairwoman is a historical and economical win for the entire region. I know she’ll look out for the workers day in and day out and work tirelessly for those that need to use the bridges and trains to find opportunity and access.”