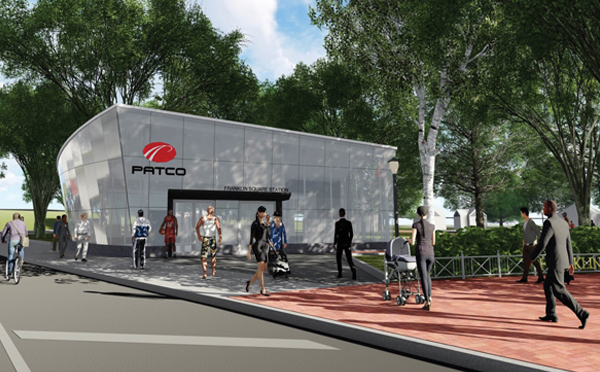 Project identified by U.S. Department of Transportation to have significant regional impact.

The Delaware River Port Authority (DRPA) announced today that it will receive a $12,580,000.00 grant from the U.S. Department of Transportation (USDOT) for its PATCO Franklin Square Station Reopening Project. The project will revitalize and reopen an existing rail station consistent with modern Americans with Disabilities Act (ADA) requirements.

The USDOT awarded the grant under the Better Utilizing Investment to Leverage Development (BUILD) program. Previously known as the Transportation Investment Generating Economic Recovery (TIGER) program, BUILD grants provide opportunities for USDOT to invest in roads and other projects that have a significant local or regional impact.

“This BUILD grant will help the Delaware River Port Authority to re-open Franklin Square Station, giving Philadelphians more transit options,” said U.S. Senator Bob Casey. “The funding will contribute to necessary upgrades for the station and will serve new residential and commercial growth in the area. I was proud to advocate on behalf of DRPA for this important project for the Philadelphia metropolitan area.”

“PATCO is excited to be a recipient of a 2019 BUILD grant,” said John D. Rink, PATCO General Manager. “It is a testament of the importance that the Franklin Square Station Project has to the community and the continued economic development in our region.”

In September 2018, PATCO announced plans to reopen its shuttered Franklin Square Station located beneath Franklin Square Park. Construction on rehabilitating the existing station is expected to begin in late 2020 with an opening date in Summer 2023. The work covered under the project will allow the station to become fully functional and in-line with the existing PATCO stations. The project will address improvements to the station’s civil, structural, mechanical, and electrical systems and will provide access in compliance with the Americans with Disabilities Act. In order to reach the concourse area, a new head house building will be constructed where the previous head house was located at the corner of 7th & Race Streets. The total budget for the project is $30 million.

“The BUILD grant comes at an exciting time for the DRPA and its transportation infrastructure investments,” said Michael P. Venuto, DRPA Chief Engineer. “DRPA’s Capital Budget is approximately $200 million in 2020 with a total spending of $810 million over the next five years. The grant enables the DRPA and PATCO to further advance its mission of world-class stewards of transportation assets.”

“On behalf of the DRPA and PATCO, I would like to thank the Department of Transportation and Senator Casey for recognizing the importance of the Franklin Square Project,” said John T. Hanson, DRPA CEO and PATCO President. “BUILD grants provide infrastructure funding to better connect communities, and connecting people is at the heart of what we do every day at DRPA and PATCO.” 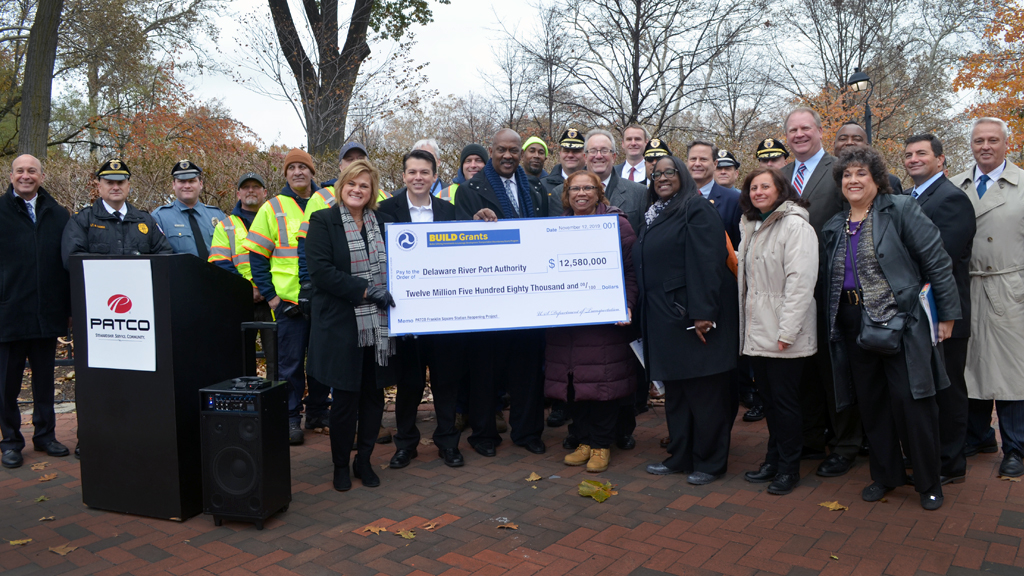