The Delaware River Port Authority (DRPA) is pleased to announce it has partnered with the Philadelphia Murals Arts Program to commission two murals on the Philadelphia side of the Ben Franklin Bridge. The murals will enhance the appearance of the insides of the 5th Street Vehicular and 5th Street Pedestrian tunnels.

The murals are expected to be inspired by bold graphics, color fields, strong and simple forms or patterns that evoke a sense of movement and continuity. They will abstractly or conceptually reflect the mission, vision and shared values of the DRPA. In addition to serving as a visual enhancement for the community, the murals will also serve to deter incidents of graffiti and other vandalism.

The vehicular tunnel is located on 5th Street in Philadelphia and runs one way north under the Ben Franklin Bridge Plaza between Race and Callowhill Streets. In 2016, the DRPA completed a series of improvements in the tunnel, including wall repairs, new lighting, and a dedicated bike lane. The mural will occupy a 1,500 square foot area approximately halfway through the tunnel.

The pedestrian tunnel is located below the north and south bridge walkway entrances in Philadelphia. The mural will occupy two 1,000 square foot areas in the underpass.

Local artists are encouraged to learn more and are invited to submit their qualifications to be considered for the projects now through September 5, 2017 by clicking here. 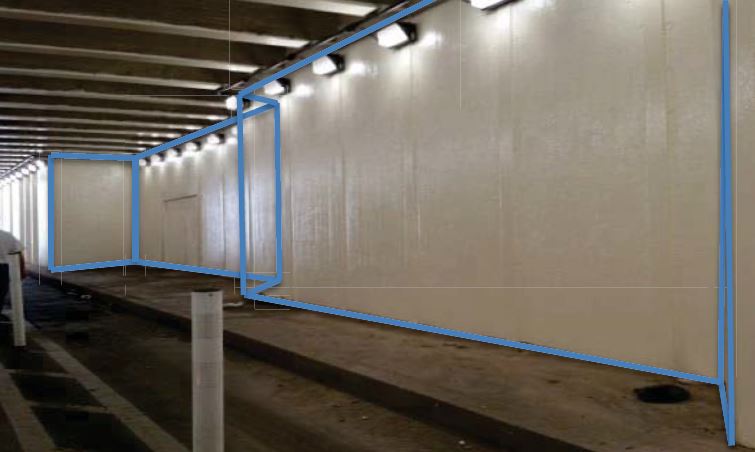