Starting Friday, August 26, a new traffic pattern will be in place at the Walt Whitman Bridge toll plaza. Toll lanes 5 through 7 will close as the construction zone moves to those lanes. Toll lanes 1 through 4 and lanes 8 through 15 will be available to motorists.

The around-the-clock toll lane closures are necessary to allow crews to replace the existing concrete and asphalt pavement around the toll booth islands. The work is part of a $7.7 million improvement project to the bridge’s roadways and ramps.

Motorists are asked to reduce speed and proceed with caution while approaching the plaza. 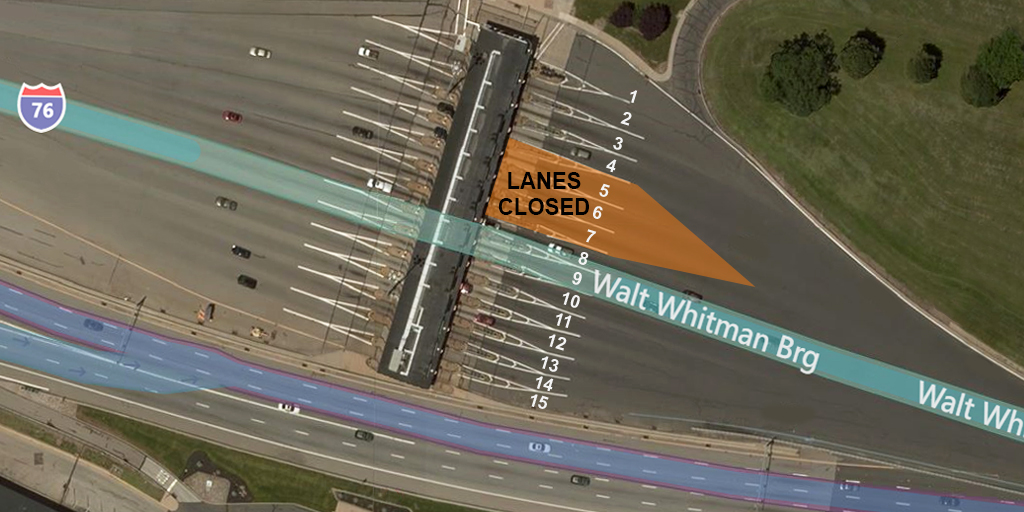