CAMDEN, NJ. - The Delaware River Port Authority has announced special blue and white lighting on the Ben Franklin Bridge for Monday evening, April 4, in support of the Villanova Wildcats and their quest to be the 2016 NCAA Champions. 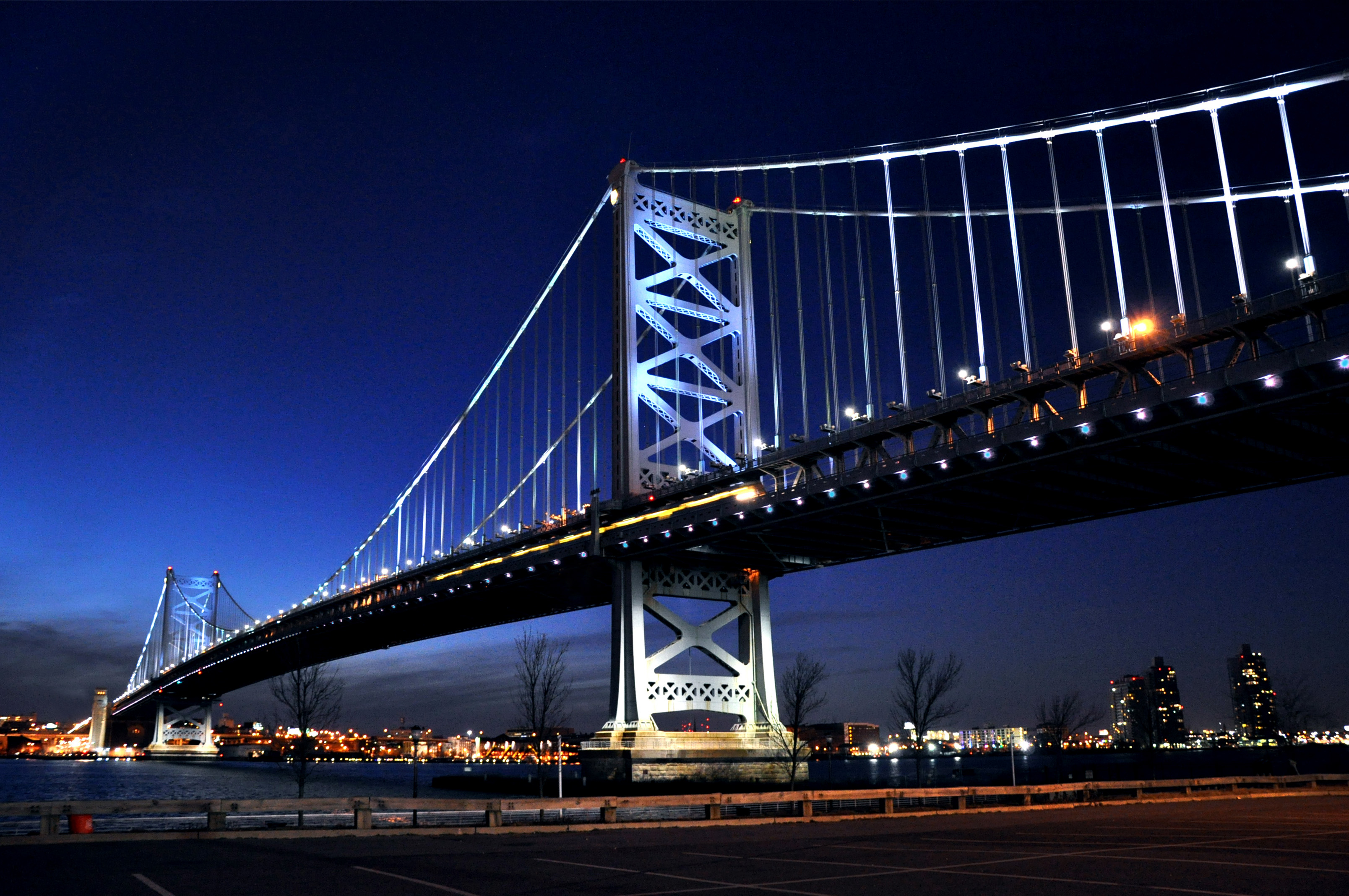 “We want to highlight the tremendous regional pride in this talented and dedicated Villanova team of players and coaches,” said DRPA spokesman Mike Williams. “Lighting the Ben Franklin Bridge in Villanova blue and white is our way of supporting the team.”

The lighting of the bridge is reserved for special occasions that call for a public statement, and in this case, a statement of team spirit and support. Wildcats fans will enjoy a powerful, visual reminder of how hard the team has worked to make it to this pivotal moment.

Tonight, Villanova will compete for the NCAA National Champion title against North Carolina. This is the first time in 31 years the team has made it to the final championship game, making it all the more fitting to publicly celebrate a sense of community and pride for Villanova by showcasing their colors on the Ben Franklin Bridge.