The Police Officer of the Year award is named in honor of DRPA Corporal Christopher Milito, who died in the line of duty in 2010. Members of the Milito family attended the ceremony.

“The men and women being honored today have saved many lives and protected hundreds of millions of dollars’ worth of public and private property over the last year,” said DRPA CEO John T. Hanson.

“Our officers work in two states and a dozen different municipalities, including the fifth-largest city in the country,” Hanson said. “Whether on land, 150 feet above the Delaware River, or even on the river in our police boat, they risk their lives every day to protect public safety. We’re deeply grateful for their service, which represents the best kind of teamwork.” “Our police officers encounter nearly everything that a municipal officer does and then some,” said DRPA Public Safety Chief John Stief. “Our officers not only enforce the laws in New Jersey but also in Pennsylvania, and must be knowledgeable about how those laws differ in each state.” 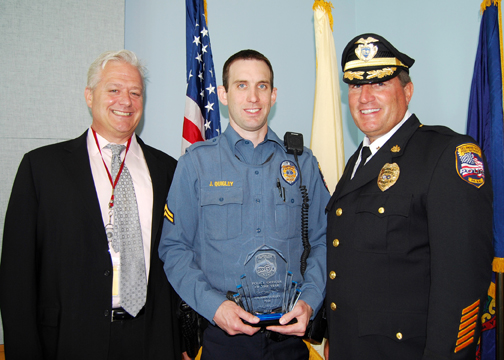 At the ceremony, Corporal John Quigley was named the 2015 DRPA Police Officer of the Year for his leadership, work ethic, academic attainments and consistently superior professional performance. Quigley joined the DRPA Police Department in 2003 and was promoted to corporal in 2013. He has earned a master’s degree in Homeland Security at St. Joseph’s University. “Corporal Quigley is one of the most knowledgeable officers in the department, and is always ready to share his knowledge with his peers and subordinates,” Stief said. “He looks for the most efficient and effective ways to carry out the mission of the DRPA Police Department, and his teamwork and ability to lead by example make him a model law enforcement officer.”

In addition to the Police Officer of the Year award, several other awards and commendations were presented at the ceremony. 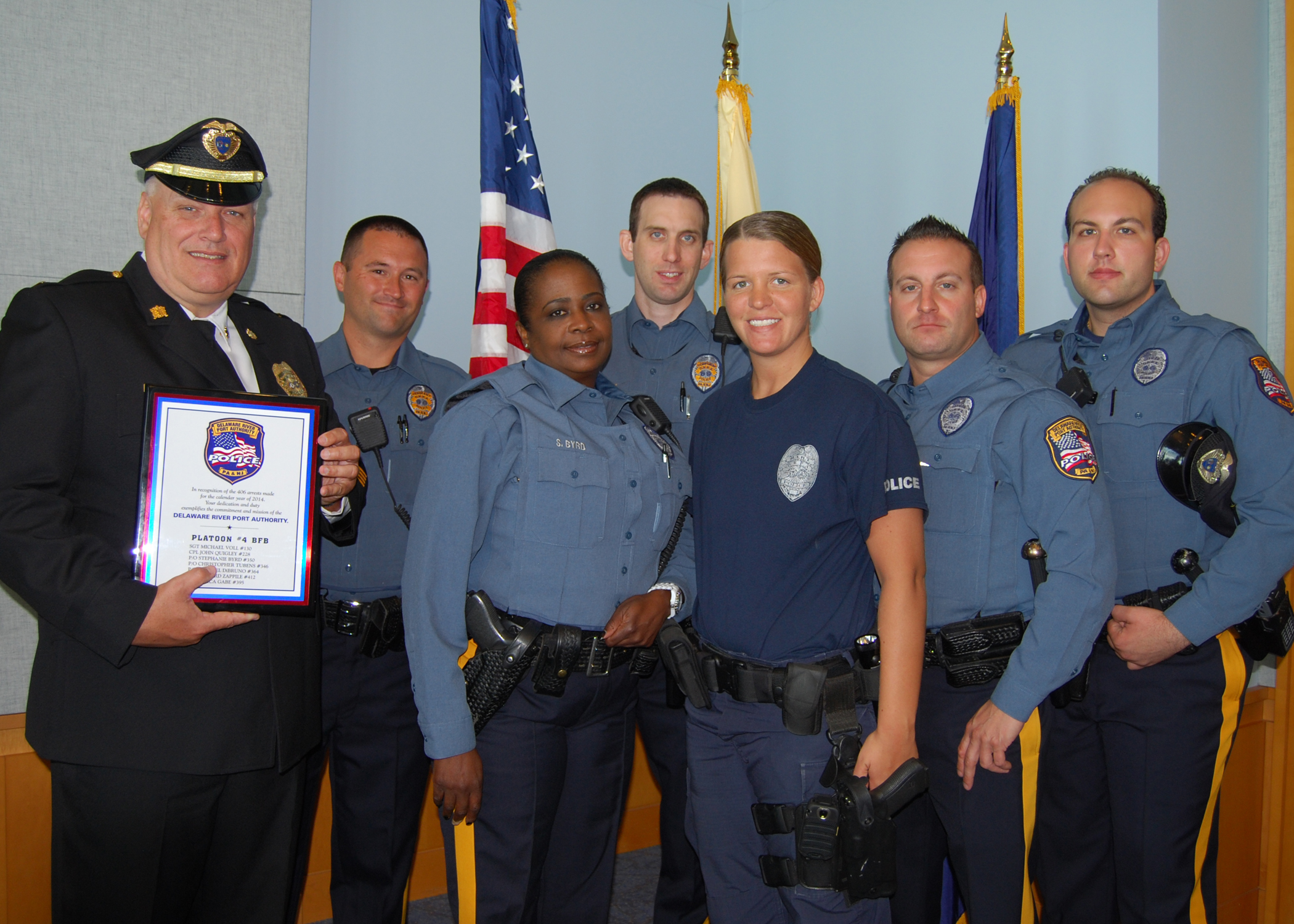 The Top Gun Award, given for the greatest number of arrests of motorists suspected of driving while intoxicated, went to Sergeant Michael Voll, who apprehended 75 drunk drivers in 2014. The department as a whole made 504 drunk driving arrests.

A special recognition plaque was given to Police Officer Michael Jordan on his retirement. Officer Jordan served on the DRPA force for 28 years, the last 11 of them as a member of the Bike Unit.