Camden, NJ - Ryan N. Boyer, Business Manager for Laborers' District Council for Philadelphia and Vicinity, was elected today to serve as chairman of the 16-member board that oversees operations of the bi-state Delaware River Port Authority.

“I am honored to be elected to serve as chairman of DRPA and look forward to this opportunity to work across state lines to further DRPA's mission of delivering and maintaining safe and efficient transportation services and assets,“ Boyer said. “Working alongside my fellow board members and the DRPA staff, we will strive to meet Governor Wolf's goal of a government that works.”

Chairman Boyer indicated that under his leadership the board will be diligent in making DRPA more open and transparent, as well as seeking innovations to improve operations and customer service while also improving the authority's financial stability to find more resources for improvements.

“DRPA and PATCO support the region's economy and I look forward to leading our efforts toward being stronger and better stewards of these important public assets,” said Boyer.

“Chairman Boyer brings an extensive history of leadership and service to the community to the Board of DRPA and PATCO,” said DRPA Chief Executive Officer John T. Hanson after the vote. “I congratulate him on his election as board chairman, and I am looking forward to working with him in his new role.”

“We're excited to work with Chairman Boyer as well as the new Pennsylvania commissioners,” said New Jersey commissioner and board vice-chairman Jeffrey Nash.

Four other new appointees of Pennsylvania Governor Tom Wolf were sworn in as board members today, including:

A sixth board member, acting Pennsylvania Treasurer Christopher Craig, who serves ex officio, was also sworn in at Wednesday's meeting.

Appointee Antonio Fiol-Silva of Philadelphia, a principal in Wallace Robert & Todd, an architecture firm, will be sworn in at a future meeting. The Delaware River Port Authority of Pennsylvania and New Jersey is a regional transportation agency that serves as steward of the Ben Franklin, Walt Whitman, Commodore Barry and Betsy Ross Bridges, PATCO and the RiverLink Ferry on behalf of the community. It is administered by a 16-member board of commissioners — eight each from Pennsylvania and New Jersey — who serve without compensation. Pennsylvania's elected auditor general and treasurer are ex-officio members; others are appointed by their respective governors.

Public meetings are generally held the first and third Wednesday of every month at 9 a.m. either via conference call or at the DRPA offices at One Port Center, 2 Riverside Drive, Camden, NJ. 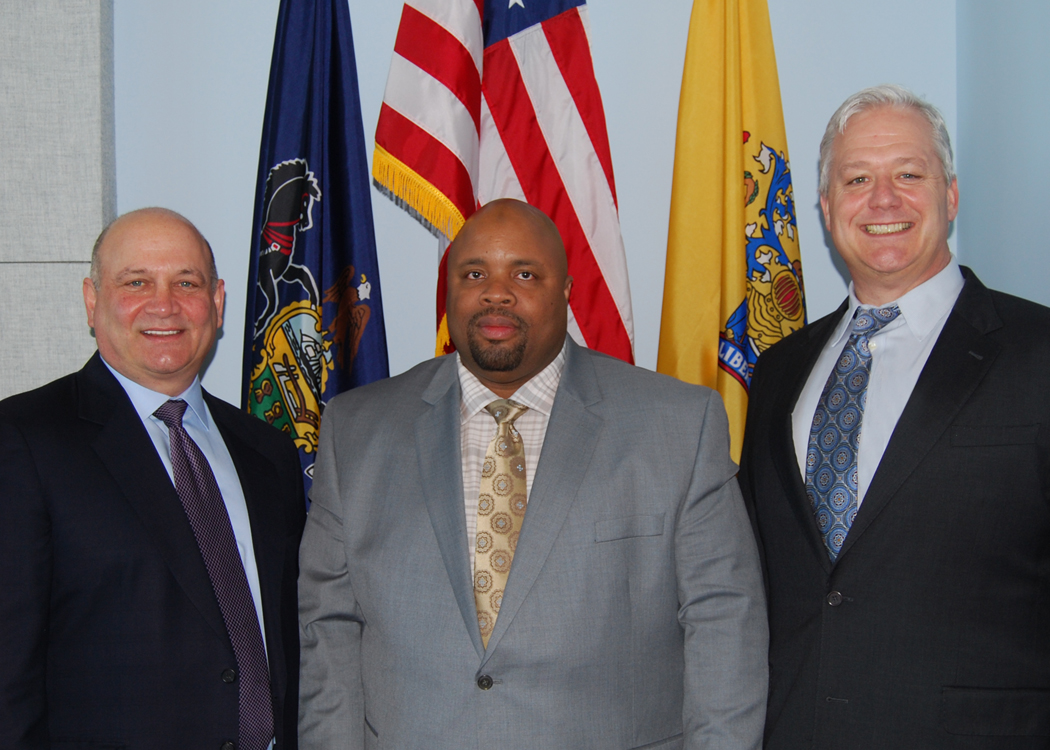